Financial Crises Are Naturally Recurring and Inevitable – Here’s Why 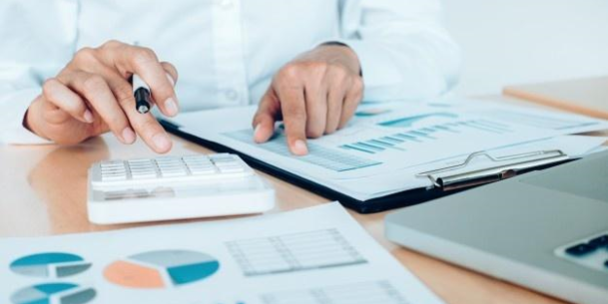 If you were to consider all of the financial crises we’ve witnessed throughout our recent history–each with their own unique causes and contexts–one consistent feature emerges: they’re cyclical.

We take as a given the boom and bust of the business cycle, the expansion following the recession, the bull emerging victoriously after the bear.

But financial crises have a more incongruous and dissonant ring, as if they intrude upon the “natural” cycle of things, disrupting the normalcy of economic convention.

And what happens next? The responsible parties escape accountability with a fat bonus, a golden parachute, or another lucrative job offer.

Financial crises are spurred on by a behavioral narrative that virtually guarantees the repeat performance of what appears as a comic tragedy :

The cycle repeats itself.

Right now, we’re transitioning out of the third act to the top of the cycle, as the conditions for lax oversight and looser banking regulations are slowly creeping up:

None of these actions can single-handedly or collectively land a killing blow to the global financial system.

But if anything, these actions reaffirm this cyclical narrative–that upon learning from our mistakes, we forget those lessons to repeat the mistakes from which we, predictably, can once again learn and forget.

Our current stage is setting the economy up for its transition toward the first scene, the inevitable crisis.

The Myth of Too-Big-To-Fail Resolutions

Banking regulations have tightened significantly in the period following the 2008 financial crisis: capital and liquidity standards are much stricter; stress test demands…more rigorous.

Yet, as if having appeased public sentiment and concern, the last image presented to us by financial media has left us with this old story.

What’s not being covered is the fact that banks are once again carrying extraordinary levels of leverage and risk.

Last we heard, the banks are now safe.

But banks’ assets to core capital is approximately 17 to 1, meaning that banks are holding seventeen times the amount of risk above their capital.

Let’s bring this down to a scale that most investors can understand: suppose you have $100,000 worth of retirement savings invested in securities.

But you only have $100,000. If that represents your entire net worth, not only are you wiped out, you would owe enough to be forced into bankruptcy.

This kind of risk is what a large majority of our banks are holding right now. If they had to settle all of their positions at once, each one of these banks would be virtually insolvent.

Of course, banks rely on not having to settle all of their outstanding positions…unless there’s a banking crisis.

And crises, as we’ve seen, are cyclical…inevitable.

There are several factors supporting this cycle:

Financial systems evolve. When financial innovation disrupts the current system, transforming the financial landscape, government regulators are much slower to adapt. This means that risk exits the (regulated) old and enters the (unregulated) new.

Public sentiment also changes with the cycle. During an economic boom, the public, as well as the politicians representing them, tend to have an ideological bent toward free markets and decreased regulations. During a financial crisis, however, the public tends to get a big more socialistic, calling for tighter government oversight, financial reforms, stricter regulations…coercive interventions.

The financial system exerts influence over politics. According to the Center for Responsive Politics, finance, insurance, and real estate were some of the largest contributors during the 2018 US electoral cycle. Of course, this influence wanes during periods of bust, as public sentiment typically turns against the financial industry.

And finally, there’s the human factor of “recency bias.” When the economy is doing well, people tend to forget about the last bust to enjoy the present boom. They pay less attention to policymaker decisions regarding financial regulation. It’s old news, and the public is feeling wealthier. Why worry?

And the cycle begins again. Unlike in 2008, wherein subprime loans nearly blew up the global financial system, one of today’s biggest risks are in the corporate leveraged loan markets.

In addition to this, we still have banks that in general are overleveraged beyond their capacity.

As an investor, such a cycle is nothing to fear. Financial busts, no matter how aberrant they may seem, are as “natural” and inevitable as the booms that follow.

What matters is that you prepare yourself for the next crisis;  that you can seek both safe haven protection and growth when the markets and global economy goes south.

It’s a matter of hedging your wealth. And apportioning part of your portfolio to precious metals is a good way to start.

Why You Need To Hire Offshore Bookkeepers For Your Business
December 10, 2022

Why your business should work with a professional bookkeeping service
November 14, 2022

How Does Outsourcing Bookkeeping and Accounting Services Work?
October 26, 2022